How our Pleasant Grove Teams are Different?

It is true there are other football conferences out there. Some of those conferences even field Pleasant Grove teams. And, we know it can be hard to tell the difference. When Pleasant Grove joined the Ute Conference, it took a broad effort. We knew together we could improve youth football for our kids. Now, after three seasons of playing Ute Conference football, we are glad we raised the bar. Below are some of the many things that have changed.

League Comparison Chart
At a Glance 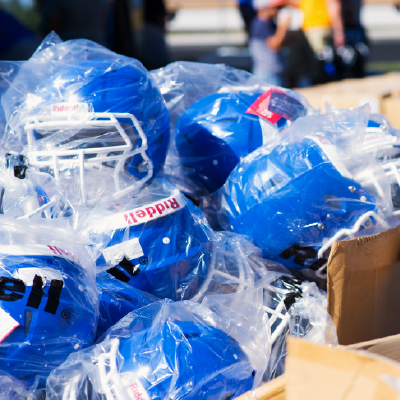 Player Equipment is Certified Safe. It used to be normal for kids to play in helmets that were 7-15 years old. Those helmets were years past being safe. In 2016 we bought new equipment for all our players. We confirmed all our helmets are still NOCSAE-safe in 2018 and 2020. Every helmet must be checked every two years. After six (6) years, we throw out used helmets. No other program follows our strict schedule. We do it because we want to know our players are safe. 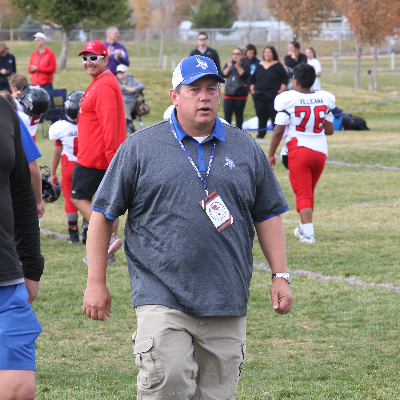 Coach Badges. You will see our coaches wearing a coaching badge around their necks at all your Ute Conference games. A coach’s badge is proof to each of our parents that the coach has cleared a background check and is Heads Up Football certified. You don’t have to wonder. We will not issue a badge until the coach meets these important requirements.

Age-based Teams. Some parents are always looking for an edge. If they hold their child back, it could give their kid an edge in a grade-based football league. This is a safety issue. The Ute Conference rules to build teams by age keep games competitive and safe. It is harder to game the system as there are limited exceptions to the age rules.

Team Splits. Splitting teams is a tricky business. The “A” team coach will have the hardest schedule and needs the best players for the team to compete. Any “B” teams also need excellent coaches as their players usually have more to learn. “B” team coaches and players also want to be able to compete. As a result, team splits can become political. We’ve seen “B” team coaches try to recruit “A” team players or attempt to hold a player hostage. Similarly, “A” team coaches have been known to blackball players or parents. Other mischief can happen. We’re proud that our coaches have fostered a culture of working together. We all want a quality experience for the players. We don’t pretend that our process is perfect or free of egos. With that said, our coaches understand the need to keep expectations in check.

Certified Rosters. Ever wonder if the rules allow that bruiser of a running back to carry the ball? Did his coach just take the “X” sticker off his helmet? Or worse, is that kid even part of the team? With a certified roster, coaches can challenge and confirm that the other teams are following the rules. Seems like a no-brainer, right? These questions lingered for our coaches until Pleasant Grove joined the Ute Conference. It was an unfortunate and widespread problem.

4x Referees. All games in the Ute Conference are officiated by four trained game officials. No more 2-3 ref crews. No more teenagers who have never been taught to call a game. They still make mistakes, but more eyes make it easier to keep a game on track. 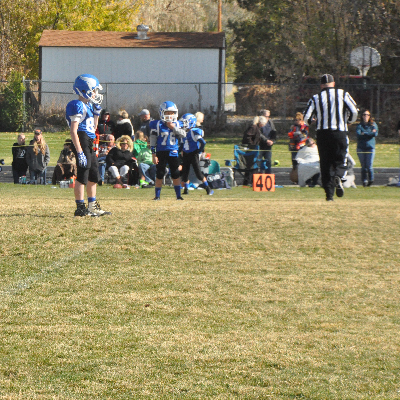 Roped-Off Sidelines. The team area on the sideline at Ute Conference games is marked off by ropes. Ropes let the coaches coach the game. Ropes give the officials room to call the game. Ropes help fans keep the fun in the game. Only coaches wearing badges and their players are allowed in the ropes. It is a simple way to provide order to the game and promote sportsmanship. Our Pleasant Grove Vikings teams were not used to them until we joined the Ute Conference.

Security Personnel. Have we ever had to use our security personnel at our Pleasant Grove fields? No. Does having public safety personnel on a sideline help keep it from losing control? Probably. So, are we glad to have people at our games if we need them? Yes. Does any other PG club have this presence? No.

Medical Personnel. Outside of the Ute Conference, you won’t see a paid athletic trainer at any youth football game. No other conference in Utah has them. They’re not there. If one of our players gets hurt, parents can get immediate advice. Our coaches never decide whether a kid is “good to go.” 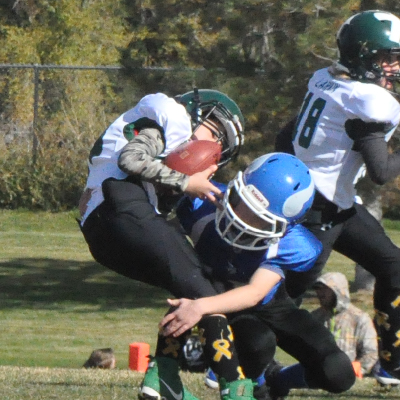 Transparency. Our Pleasant Grove executive board is as transparent as it can be. We do what we can to protect our coaches, players, teams, and parents. With that said, if you have a question or a concern, let us know. We will do our best to be up front in how we respond.

You get a say. Vote. It’s been said that power corrupts. If it ever does, it could ruin a player’s or a team's football experience. Sometimes you need to kick the bums out. So, we believe that no member of the executive board should be able to avoid being removed by the parents of our district. And, any coach should be able to be removed by the parents of the team. We are loyal to our helping hands in doing what is right. We do not insulate them as other programs do when they are wrong. Being accountable to parents keeps the executive board members and our coaches in check. We are here to serve you and our community. As such, we have adopted policies and procedures aimed at giving our parents a voice in how the district is run. If you have a concern, please let us know, but also remember that you have a vote.

You Be the Judge

We think this stuff matters. We want our players to focus on playing football. Standing alone just one of these things might seem small. Sadly, experience proves any one can make unwanted problems. Taken together the difference is big. Our Pleasant Grove board members actively work to improve youth football for our coaches, players, and parents. The Ute Conference pushes us to be better than any other football program.

So, do we play more teams to the north than we do to the south? Yes... and we make no excuses about it. The competition is better. The experience is better. We think the Ute Conference is the best football experience for kids in the State of Utah.

Do you want the best experience possible for your player? Register your kids to play youth football in the Ute Conference today.